As the year comes to an end, I thought it’d be fitting to take a look back at some of the events and debates that stood out for me in the last year.

The death of Trish Keenan

Most of the year-end “in memoriams” will be focused on Amy Winehouse, but no musician death affected me this year like Trish Keenan’s, who died on January 14th of pneumonia at age 42. Keenan fronted the UK dream pop group Broadcast, who, while consistently admired, never really got the level of popularity and acclaim that I felt they deserved. They quietly made some of the most beautiful and original music of the last decade, drawing from their 60’s inspirations like the United States of America and obscure foreign soundtracks to create something completely new.  At the center of their sometimes dark, psychedelic sounds was Trish and her warm vocals, which ensured that there was always a heart at the core of their music.

Trish’s death struck me because of how unfair it was for such an amazing singer to die of something like pneumonia, and because her death seemed to be met with relative shrugs or lack of acknowledgement from a lot of places. Considering her band was responsible for some of my favorite music ever, it was depressing to see it all get glanced over, or to see the band’s plays spike on last.fm before settling back down to normal just a couple weeks later. Her death didn’t just remind me of how life can seemingly end at any moment, but also the inherent sadness that comes with loving a band that nobody else seems to care about.

I named my blog after their debut album in tribute (and because it’s a great name for a music blog anyways), and I’ll continue to preach the greatness of Broadcast everywhere, even if I just get met with shrugs.

The year of “boring”

The biggest ongoing debate in music this year seemed to surround one word: “boring.” Is music today boring? What music is boring? What does boring actually mean in the context of music?

For me, this has been a subject of my attention for a couple years, when I noticed that local indie radio station The Current was playing a lot of music that bored the hell out of me (typically mopey folk). But the issue really came to a head this year when widely celebrated albums by the likes of Bon Iver, James Blake, and Fleet Foxes were branded as “boring” by many people (including me).

One of my favorite music writers, Steven Hyden, wrote an essay about the topic for The AV Club, where he criticized those that lazily use the word “boring” to describe music. I agree with some of what he says, but disagree with some of it as well. For one thing, I don’t think people that call music “boring” are wearing it with a badge of honor, but instead are simply disappointed at the direction music has taken.

But I agree that the word “boring” is dumb to use for music, which is why I’ve struggled a lot with this issue in 2011. Because, as much as I hate saying it, a lot of music this year really was boring. It’s not just that the sound of a lot of these artists is so low-key and passive, but there’s also the sense that it’s all been done before.  More than ever before, a lot of the most acclaimed music this year seemed to be stuck in the past, either fixated on reviving some trend (like the whole 80’s easy listening revival done by artists like Bon Iver and Destroyer that still completely baffles me) or recalling a specific sound and era. Even as I enjoyed some of the music by these revivalists, I still found it frustrating that so many seemed to be swimming in their own influences instead of making something we haven’t heard before. 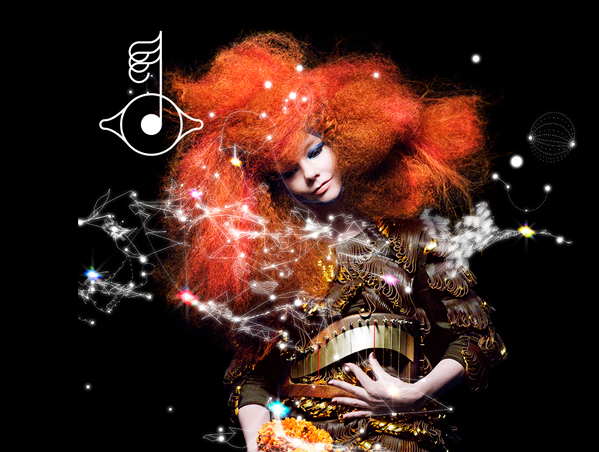 While the whole boring music thing was happening, with most of it propagated by the same types of male artists that have always dominated indie music, an interesting trend for me emerged this year: A whole bunch of female artists returned from long layoffs and made some of the best, most original music of 2011.

It started in February when PJ Harvey released Let England Shake, her first solo album since 2007’s White Chalk and likely her best in over a decade. Like all PJ Harvey albums, it was an original, literate piece of work, but it also benefited from a broader scope as her look at war and her homeland felt bold and provocative when so much music this year felt lifeless and limp.  Her contemporary in original female songwriting, Björk, also returned with her first new music since 2007 with the dazzling multimedia Biophilia project. Arguably Biophilia’s music didn’t live up to its ambitious iPad app packaging, gravity-based instruments, science classes, and all the other crazy stuff Björk was up to this year, but it reminded me of how refreshing it is to see an artist actually try something new and attempt to take music somewhere it hasn’t been before.

Elsewhere, all-female supergroup Wild Flag, which included Carrie Brownstein and Janet Weiss of the dearly departed Sleater-Kinney, released what I thought was the year’s best rock album in September. For Brownstein, who has spent the last few years blogging for NPR and appearing on Portlandia,  it was her first recorded music since that band’s 2005 album The Woods. Wild Flag also included Mary Timony who had been relatively under the radar since her mid-90’s work with Helium.  For members with such pedigrees, their debut album was wonderfully unpretentious, a celebration of the greatness of rock music coming at a time when we need it most.

The reclusive Kate Bush even came back with 50 Words for Snow, her first new music since 2005’s Aerial. With its seven songs clocking in at a whopping 65 minutes, Bush’s album was an ambitious work that was remarkably distant from any sort of current indie trends.  Its lengthy songs never wear out their welcome and showcase Bush’s knack for quirky storytelling. The song lengths became an issue for me as a couple songs I didn’t like as much took up about 1/3 of the album, but it also had some of my favorite songs of the year, especially the 13 minute “Misty” about Bush falling in love with a snowman and “Wild Man,” her ode to the yeti.

So what does it say about music that the most ambitious, thought-provoking music this year was made by females in their late 30-50’s?  I’m not really sure, but I do think today’s entitled indie youngsters could learn a thing or two from the artists that helped make indie music what it is.

(These veterans were joined by up-and-comers like St. Vincent, EMA, Tune-Yards, Eleanor Friedberger, etc.  Overall, I think this was probably the strongest year for female artists in a long time.)

When I started this blog because I was bored over the summer, I figured it would be a fun challenge for myself, but one that few other people would care about.  For the most part I think that’s still true, but I’ve had more activity than I was expecting on it and have already learned a lot (such as that putting pictures of Björk in your posts is a great way to get a lot of google images hits).  I’ve gained a lot of respect for websites I used to make fun of all the time now that I know how difficult it is to write about something so subjective.

For the next year, my goal is to listen and write fairly prolifically, with more focus on new music than I had in the past year.  Hopefully that will lead to more people reading and taking an interest in the blog, and who knows what happens from there.  I’m thankful to anyone who read or took an interest in my writing this last year, and hope you stay on board through 2012.  This blog wouldn’t be possible without you.  Well, actually it would be, but it’d be a lot sadder than it already is.