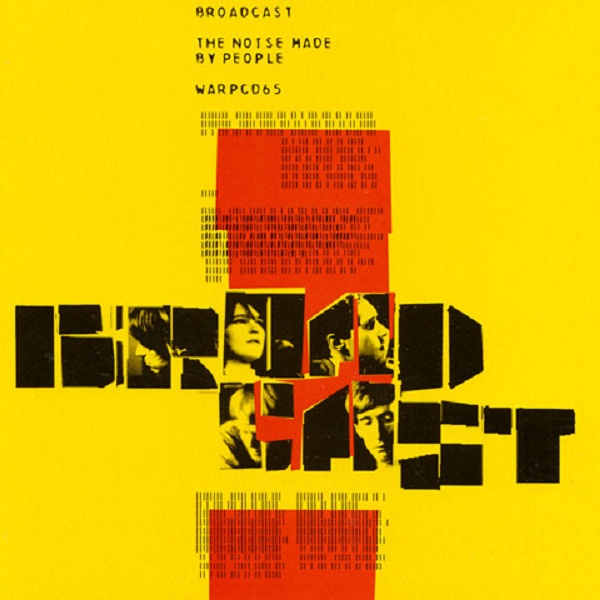 I think the reason I liked so much electronic music in this decade is that it’s a genre that has a unique ability to bring two seemingly opposite ideas together. Usually it’s technology and humanity, like on Fever Ray or any Portishead album. Broadcast’s 2000 album The Noise Made By People might have more examples of this than any other album I can think of: it has the technology/humanity duality in spades, but it also combines accessibility and experimentation, the real and the imaginary, the past and the future.

Released in 2000, The Noise Made By People is a quietly revolutionary album. It’s influenced largely by Stereolab and 60s bands like The United States of America, but it ends up being its own thing, an album with a distinct and original feel. On the surface, the band doesn’t do much to blow the listener away, so it naturally doesn’t get the attention that more obviously game-changing albums get. The band’s ability to stay under-the-radar matches their music, which is subtle and uses space and electronics to create musical landscapes that impress me more and more with each listen.

The linchpin in Broadcast’s sound was late singer Trish Keenan and her magical voice. She doesn’t have a huge range or many other elements typically associated with amazing singers, but she’s always been one of my favorites. Mostly because she sounds so human, but at the same time is able to fit the retro-futuristic sci-fi sounds that her bandmates are playing. She usually floats just above the arrangements, sounding detached but never fully separated from her surroundings. Keenan’s presence elevated Broadcast in the sea of electronic bands that emerged in their time because she had a special ability to forge a human connection with listeners, even if the music was eerie or strange.

The eeriness that was always a part of Broadcast’s music has become more pronounced since Keenan’s tragic death of pneumonia over a year ago. The songs on The Noise Made By People now have a different context, for better or worse, and the meanings of some of them have changed radically for me in the past year or so. “Until Then” went from being a song about imaginary worlds into one about life and death, as Keenan sings “there’s a place I have never explored/another world I have yet to conquer/and until then none of us have anything” and her lyrics eventually give way to a layered shoegaze-style crescendo. It’s probably the most heartbreaking song an album that is now sadly full of them.

But even after her death, The Noise Made By People can still be an uplifting album and a testament to Keenan’s art and talent. The instrumental coda of “Look Outside” is still as blissful as it was before she died, and poppier songs like “Come On Let’s Go” and “Papercuts” are still catchy and fun. The album smartly balances it’s more straight-forward moments like those with bewitching moments of exploration, like “Echo’s Answer” which rides a lonely old keyboard and Keenan’s vocals to become something elegant and mysterious. The band behind Keenan also steps out on instrumental tracks like “Tower of our Tuning” which add to the atmosphere and mood of the album.

Broadcast never made an album that was less than great, but The Noise Made By People stands above the others for me because of its underlying warmth and humanity. A lot of dream pop type bands have followed in Broadcast’s footsteps, but I don’t think any have made music as thought-provoking and moving, and a lot of that is because Keenan is such a singular presence. Her death left a void in the hearts of many fans, but albums like this one ensure that her music will live on.