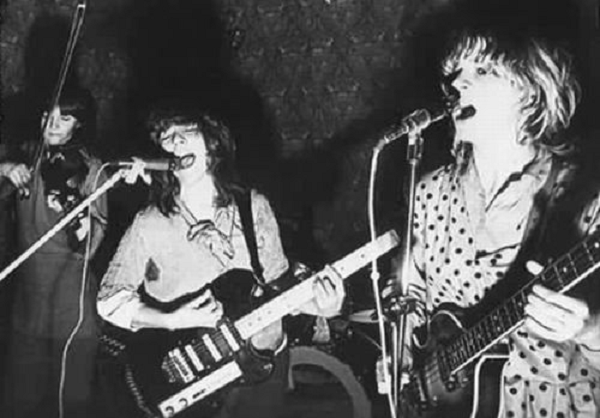 The Raincoats were one of the very first female post-punk bands and crafted a sound that has still not really been replicated, a quirky and dissonant combination of folk and punk with jagged guitars and a screeching violin.  “Fairytale in the Supermarket” was their first single and remains their signature song (along with their similarly off-kilter rendition of The Kinks’ “Lola”).  It combined their unique sound with lyrics that are completely free of cliche and the manic, fun energy that personified most of these female groups.  The Raincoats were also a favorite of Nirvana singer and fellow girl rock enthusiast Kurt Cobain, who helped get their albums re-released and wrote liner notes for them.  Riding that wave of new fans, The Raincoats made a new album in 1996 and still occasionally perform together today.  Thanks Kurt. 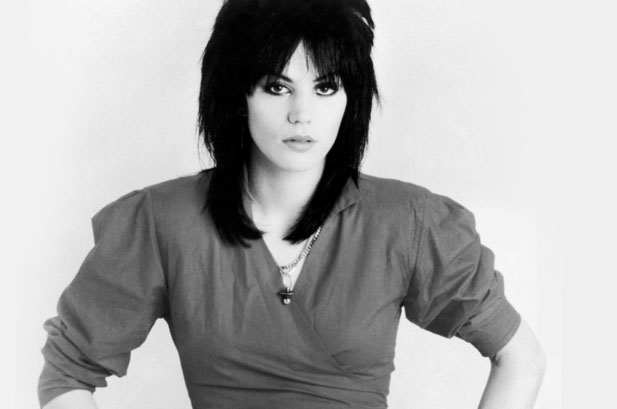 Having surfaced in seemingly every teen movie and TV show (including as the theme to the beloved “Freaks and Geeks”), amongst other places, “Bad Reputation” might be one of the most overplayed songs ever.  Which is too bad, because as a result I don’t think anyone ever stops to think about just how good of a song it is.  Released in 1980 after her stint with the Runaways, Jett’s song is an unsophisticated and gloriously bratty piece of girl punk, with the highest level of fun and energy possible.  And sometimes there’s something to be said for a song that everyone can relate to, and “Bad Reputation” is certainly one of those — why else would it appear in so many movies and TV shows? 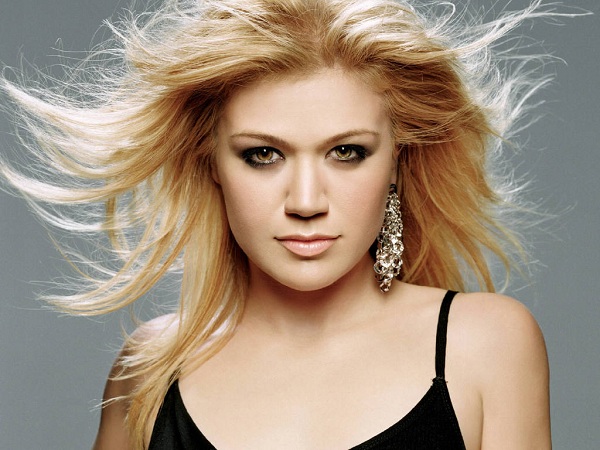 I’m probably going to get crap for this one, but I don’t care:  “Since U Been Gone” is an amazing song that isn’t just perfect pop but rocks surprisingly hard.  Remove all preconceptions about who is singing it and what radio station you heard it on and instead savor the anthemic chorus, the deliciously biting, kiss off lyrics, and the killer bridge.  But what really separates this song and Clarkson from other bland female pop-rock is the fact that Clarkson can sing her face off and that she brought the perfect combination of pissed-off rage and new-found joy to the song.  She may have been a product of a pop music machine, but for at least one song Clarkson rocked as hard as anyone. 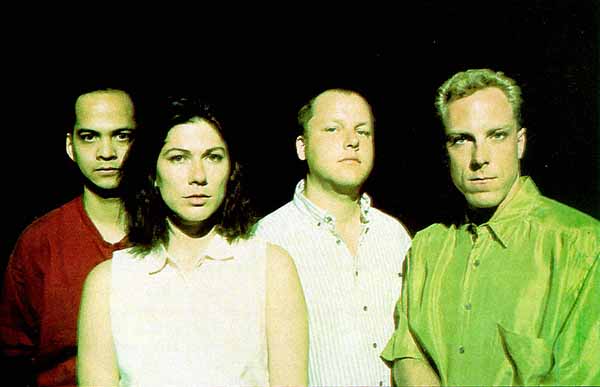 I have a hard time truly loving the Pixies, because whenever I listen to them and hear Black Francis’ yelpy voice, I find myself wishing that Kim Deal was singing.  On “Gigantic”, Deal makes the most of one of her rare chances in the spotlight for the influential alternative rock band.  Anchored by her simple bass line and featuring their trademark quiet-loud dynamics, “Gigantic” offers a humorous contrast between Deal’s syrupy vocals and the raunchy content of the lyrics, which detail a white woman lusting after a large black… man (although it’s also effective as a take on white suburban boredom).  “Gigantic” remains one of the Pixies’ best known songs and offers a taste of the excellent Kim Deal girl rock that would follow. 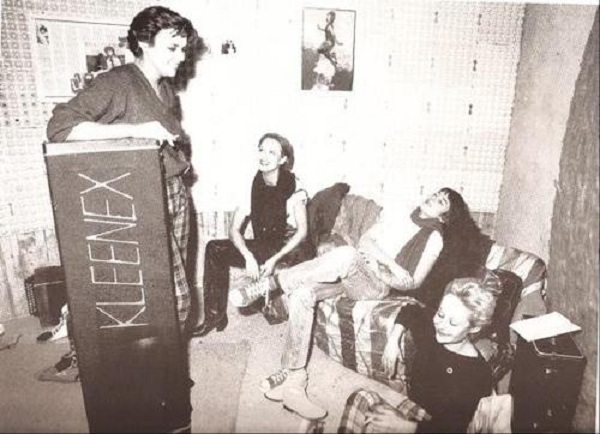 Like most of their female post-punk counterparts, the Swiss band LiLiPUT (formerly Kleenex – a brand of tampons in Switzerland – before a forced name change) made up for a lack of instrumental skill with heavy doses of creativity and enthusiasm.  That’s particularly evident on “Die Matrosen”, a ridiculously fun and catchy song with a strong funky bass line, jangly guitars, a saxophone part that sounds like it stumbled in off the set of “Hawaii Five-O”, and best of all, a whistling chorus.  As if that’s not enough, there’s also some good vocals and lyrics about going two people going on a date that somewhat resemble a nursery rhyme.  Like The Raincoats, LiLiPUT’s music fell out of print for several years, growing into something of a legend, before being re-released by female rock friendly label Kill Rock Stars in 1993. 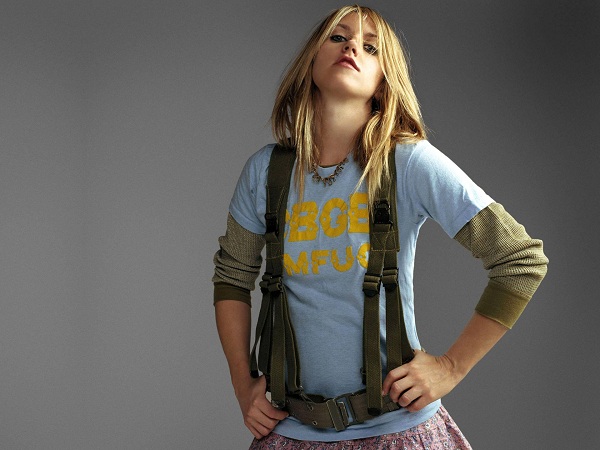 It’s easy to see why Liz Phair captivated rock critics with her first album “Exile in Guyville” – she was good looking, potty-mouthed, and no songwriting topic was off limits.  Phair would (often shamelessly) live up to that foul-mouthed bad-girl reputation on later releases, but there was much more to “Guyville” and its best song “Fuck and Run” than simply dropping some f-bombs.  The lyrics to the song are painfully honest and almost uncomfortable in their unflinching self-reflection, as Phair thinks “I’m gonna spend my whole life alone” after another one night stand.  While Phair’s career notoriously went downhill after “Guyville” (including a disastrous attempt at pop stardom on her self-titled 2003 album), her debut was a scrappy, lo-fi masterpiece that took confessional songwriting to a whole new level.

I’ve already mentioned on this blog that I consider Helium to be one of the most under-appreciated bands ever — in a world in which justice prevailed, frontwoman Mary Timony would have been universally seen as an indie  rock goddess.  Alas, we don’t live in such a world, and Helium’s music has mostly been forgotten except by die-hard girl rock dorks and mid-90s nostalgists.  “Pat’s Trick” is likely their defining song, and showcases Timony’s considerable guitar skills along with her smart, feminist lyrics (and her career-long affinity for pirates).  The band’s low-end sludge and Timony’s husky voice give a darker edge to their sound that helps make “Pat’s Trick” simultaneously mysterious, catchy, and just plain brilliant. 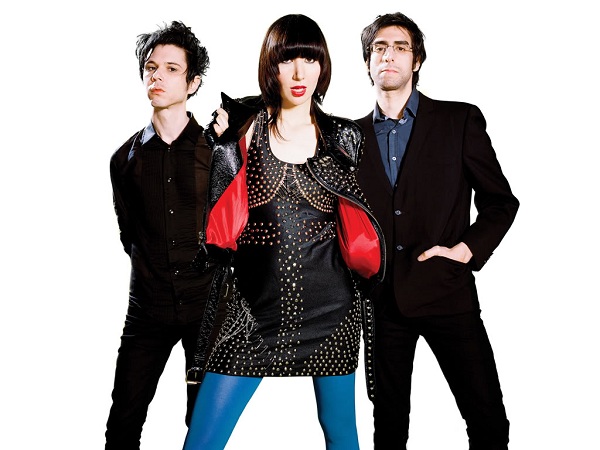 For a band previously known mostly for frontwoman Karen O’s wild stage performances and a trashy, garage punk sound, “Maps” was a very uncharacteristic song.  Karen O isn’t the strongest singer, but on most early Yeah Yeah Yeahs songs she made up for it with crazy, sexed-up energy.  However, on “Maps”, she sings straight from the heart, and the aching sincerity behind the simple lyrics is what makes it one of the hardest things to pull off in music:  A love ballad that doesn’t sound cliched or corny in any way.  The overlooked other members of the trio also carry their weight on “Maps”, particularly guitarist Nick Zinner, whose guitar solos help give the song a more epic feel.  The success of “Maps” propelled Yeah Yeah Yeahs into the spotlight, and made them one of the few female-led alternative rock mainstays of the 2000s. 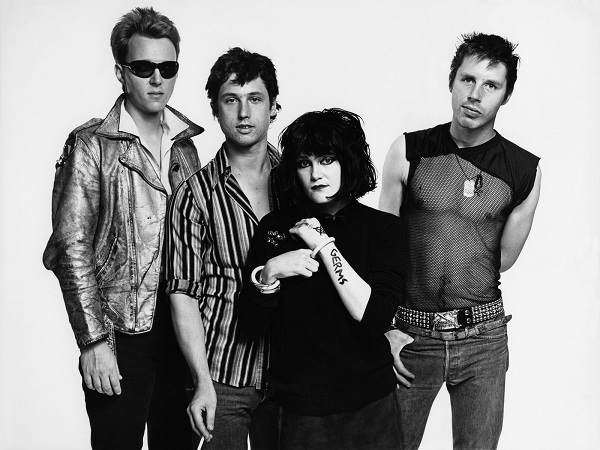 On their classic debut album “Los Angeles”, west coast punk band X trafficked in songs about the dark, seedy side of the title city.  Album opener “Your Phone’s Off the Hook, But You’re Not” establishes the tone for the rest of the album, and showcases Exene Cervenka as one of the best female vocalists in punk history.  While other punk bands were amateurish, X were pros with plenty of technical skill and the songwriting duo of poets Cervenka and John Doe.  As a result, “Your Phone’s Off the Hook..” isn’t just a rocking punk number, but also one with plenty of intellectual depth.  The dark lyrics tell the story of a robbery, and the guitar riff and Cervenka’s powerful vocals give the sense of paranoia and dread that would typify the rest of the album.  And, as much as I hate to praise a male vocalist, John Doe’s backing vocals are also top notch.  “Your Phone’s Off the Hook…” is simply one of the best punk songs by one of the best punk bands.